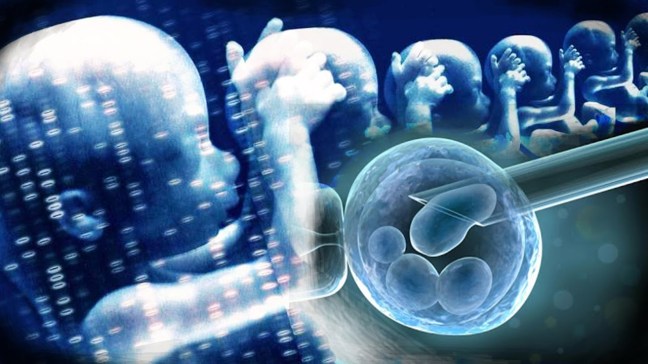 Technology for genetic modification has leaped forward in the past few years–thanks largely to the discovery and development of CRISPR, a new method of using bacterial enzymes to target and precisely cut DNA. In the wake of these developments, a recent article in The Atlantic asks, “Will Editing Your Baby’s Genes be Mandatory?” The article argues that as gene “editing” becomes safer and more reliable, modifying the genome of a fetus will eventually become commonplace, and parents who don’t utilize this option will be accused of endangering their child’s health.

Drawing on current law that restricts the ability of parents to prevent their children from receiving medical treatments for religious or other reasons, Conor Friedersdorf at The Atlantic writes:

I predict that within my lifetime, the United States will arrest, try, and convict some parents for refusing to edit the genes of their child before he or she is born.

While he acknowledges the “ethical distinction between refraining from editing the genes of a future human and denying essential medical treatment to an already living human,” Friedersdorf predicts that, if genetic modification becomes “as cheap and safe as a course of antibiotics,” few parents will resist using it–at least in cases where it could prevent “some awful diseases.”

The question remains, however–what counts as “awful”?  Where would the line be drawn between severe disease and genetic diversity? And who would have the right to draw it?

Just as in our current debates over prenatal testing and elective termination, disability remains a contentious area, and tension remains between preventing disabling conditions and accepting, supporting, even celebrating people who have them. As our ability to modify the genome advances, these debates will take on new vigor and significance.