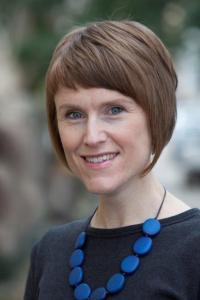 PIRC member Ainsley Newson‘s new article in BioNews (August 30, 2016) argues that, though the proposed stepwise implementation of NIPT in the UK makes sense in many ways, some ethical issues remain. (The UK National Screening Committee has recommended implementing NIPT as part of the national antenatal screening programme, but no official decision has been issued.)

Newson notes that a gradual implementation in the UK’s National Health Service (NHS) can help reduce concerns about routinization and overdiagnosis, and that having a public health body oversee the implementation may reduce inequities of access and assure more accurate assessment of NIPT’s positive predictive value. However, she asserts:

Two particular aspects of the implementation of NIPT require further deliberation: (i) the ongoing prevalence of information-driven conceptions of reproductive autonomy; and (ii) the need to include a richer and more nuanced account of disability.

Newson encourages those involved in the likely NHS rollout of NIPT to consider that enhancing autonomy does not depend only on the offer of more information, but also on the recognition of relationships and social contexts as part of decision-making. She recommends providing opportunities for women to reflect upon how testing options align with their values and goals. Regarding disability concerns, Newson recommends that, in addition to using balanced information about disabling conditions when prenatal screening is offered, we should also be having more nuanced social conversations about disability, difference, and who belongs in our society.

The full article is here: